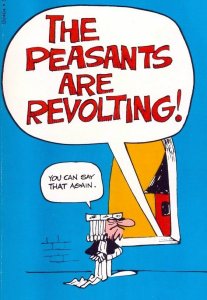 te a bit of buzz in the popular media about the recent work of grand juries that found little probable cause to indict police officers who killed citizens in the line of duty.

I have a unique perspective on this having served on a grand jury in a past life.

Grand juries haven’t changed much over the centuries. The idea is to provide yet another control on the government for community members to keep over zealous government lawyers in check. That didn’t happen in Ferguson and Staten Island. The grand jury system was used for political cover.

In the US, the justice system is set up to favor citizens, you know – “innocent until proven guilty.” The burden of proof is on the government to provide probable cause that a crime exists. Grand juries make “probable cause” determinations via indictment. The jury that I sat, heard its fair share of bad cases, in fact, we kept asking for more information if it was lacking. We would advise the cops and county attorney what they needed to bring to strengthen their case. In Ferguson and Staten Island, those juries were actually tasked – by design or by accident, I don’t know – to find the defendants innocent.

How the DA handled these grand jury cases has been fodder for talking heads on both ends of the political spectrum. But the bottom line is, based on the information provided to them, grand jurors had no choice but to find no probable cause. In Staten Island and Ferguson, the jurors were given the prosecution’s evidence and the defense evidence. All that evidence is compounded by the great leeway cops have to show force.

Cops maim and kill people every day but these two cases in particular have raised public awareness about how the citizenry has allowed law enforcement to run amok. I get the public safety thing, but for instance, the other day I was in Loveland at the museum taking a peak at the Georgia O’Keeffe exhibit there. Sitting on a bench was a guy – probably a homeless guy – being questioned by one cop, then another pulled up and joined in on the fun. He was standing back watching.

What went through my mind was, why were they hassling this guy?  The police show of force in this case was placing their hands on their hips in front of their weapons. The next show of force move would have been unsnapping their holsters.

Cops have an image problem.

It’s been happening for generations. It’s pretty much a thankless job – the cop’s job description is looking for trouble and they have guns. I’d be scared, too, if I had to walk into a domestic violence situation not knowing how wigged out a guy might be. (70 to 80 percent of DV perps are men).

Being scared and that coupled with preconceived fears about people based on stereotypes add to the over reaction.  I’m pretty sure the vast majority of cops don’t find themselves in life and death situations or try to avoid them.

Public agencies do the best they can to screen out the real bad apples through psychological screening, but those tests need to to be tweaked to better control for attitudes about race, gender identity.

Sure, Brown was stealing cigars and Garner selling loose cigarettes and not collecting taxes, but the problem is with cops escalating minor criminal situations that end up with people shot.

I hope there continue to be public outcries about this from kids marching out of school, and communities taking it to the streets. It’s the only way for victims to get the political system to react.

It’s going to take awhile for things to change. Keep in mind it’s only been 150 years since Lincoln’s emancipation proclamation and 50 years since the Civil Rights Act was signed into law.

There’s no turning back.